‘When spring comes to Paris the humblest mortal alive must feel that he dwells in paradise’.  So said the writer Henry Miller in his book on the French capital, ‘Tropic of Cancer’.  Springtime in Paris is definitely special; as the flowers start to bloom, everyone flocks to sunbathe in le Jardin du Luxembourg or les Tuileries, high on the promise of summer and all the fun that it brings in the cultural capital of the world.  However, while it’s free to stroll along the Seine, flâneur-style, eating out in Paris doesn’t come cheap –  located opposite the magnificent Louvre, areas like Saint-Germain-des-Prés make the most of their romantic literary heritage, charging tourists exorbitant prices for the smallest cups of coffee.

If you’re willing to skip the traditional Gallic 3-course (4 including cheese) sit-down meal, however, in favour of a more relaxed street-food vibe, enjoying la cuisine française on a budget is still possible, and you’re at less risk of turning Henry Miller’s ‘paradise’ into one expensive nightmare.  Read on for The Musical Foodie’s address book of affordable eats in the City of Lights…

A very good place to head for both culture, fashion and food is Le Marais – Paris’s at once Jewish and LGBT culture, home to the Centre Pompidou and many a chic boutique.  A bustling-hive for bar-goers at night, Le Marais – also known as Pletzl, or ‘little place’ in Yiddish – is also a hub for the best Jewish and Middle Eastern delicacies to be found in Paris.

Head to Rue des Rosiers, the charming heart of Le Marais’s food scene for your choice of Jewish bakeries and Falafel bars.  You’ll soon see the beautiful blue and white mosaic façade of Florence Kahn – a traiteur-boulangerie-patisserie specialising in Central European Yiddish cuisine.  A family run-institution, Florence Kahn is a real find for its warm, attentive service, which can often seem like something of a rarity in Paris.  Upon entering, you’ll find an array of enticing food to choose from: mezze selections, such as aubergine and houmous dips, fresh cheese, ham and traditional Jewish breads, which will be served for you to eat as a lunch outside; delicious savoury ‘beurek’ pastries – a sort of Cornish pasty made with filo pastry – stuffed with roasted vegetables; and a whole range of sweet options, including their very moreish ‘gâteau au fromage blanc’ (traditional cheesecake), varied with blueberries, raspberries and nuts.  Florence Kahn is full of locals, who keep coming back to the deli for the homely reception and quality – just as a Jewish grandmother would make it – food, which is also, pleasingly, very affordable (you can have a good meal here for 10euros and under – 5 euros and less if just taking out a few patisseries).

Across the road from Florence Kahn is Falafel territory.  Here, various traders will serve up their take on this Middle Eastern classic – traditionally served in a giant pitta, stuffed with houmous, grilled aubergine and red onion, salad and, of course, those delicious chickpea falafel balls.  People regularly queue around the corner for their falafels, not least because all that food comes in cheap, at 6euros per wrap, served up fish and chip style in newspaper.  King Falafel Palace is as good as any for their street food fayre, and is a favourite of French celebrities and Dustin Hoffman apparently, who have all been pictured eating there. 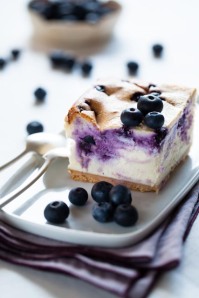 If Le Marais’s international cuisine leads you craving something more traditionally French, few things are better than a fast, cheap and meltingly buttery crêpe.  A lovely thing to do come springtime in Paris is to walk along the banks of Seine, enjoying the sun and people-watching.  Paris has recently opened a pedestrianised area on the Left Bank called les Berges de Seine, with play-park spaces for children, yoga classes and reservable sun-loungers.  Here you’ll also find the Food Breizh crêperie – a foodtruck selling crêpes and their thicker, savoury cousin, galettes, made to order in minutes from strictly organic Brittany produce.  Their crêpes range from 3 euros 50 for one topping, to 7 euros 50 for three, such as ham, mushroom and goat’s cheese galette.  Once you’ve made your choice (the chocolat-pommes crêpe comes highly recommended), you can relax into the inspired deckchairs which are provided, and pretend you’re lounging on the Brittany coast.

In-keeping with the Brittany theme, Bretons is another crêperie that’s worth a visit when in Paris.  Located on avenue de la République, not far from the famous Cimetière du Père-Lachaise, this cosy and elegantly styled eatery is the perfect place to catch up with friends, while watching your crêpes being made with expert hands in the open kitchen. 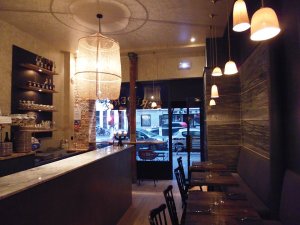 Pictured above: buckwheat galettes at Bretons (photos courtesy of Bretons)

A trip to the French capital wouldn’t be complete without a visit to one of the capital’s bakeries, whose shop-windows compete with each other for their displays of intricate viennoiseries and the best baguettes.  Ladurée in the Saint-Germain-des-Prés area may be as famous and as decadent as they come, but afternoon tea there will set you back 10euros for an éclair alone (albeit a very good one…).  Thankfully, there exists Eric Kayser – an artisan boulanger chain, which, despite rapidly expanding across the globe, still manages to keep the air of the finest independent bakeries, selling everything from glistening tarte aux abricots to traditional croissants and breads.  Eric Kayser’s establishments also often function as cafés, allowing you to eat their baked goods along with coffee and fresh orange juice for a set price of around 8 euros at breakfast (cheaper and better quality than most Parisian hotels), as well as freshly prepared sandwhiches and other dishes for lunch.  We recommend their viennoise au chocolat – a soft baguette, filled chocolate chips, which slips down very nicely au petit déjeuner.

Having sorted breakfast plans for the morning, end your day by boat at the Rosa Bonheur sur Seine bar, located by the pont Alexandre III, for French tapas, wines and riotous dancing.  The sister to the popular Rose Bonheur café-bar in Parc Buttes Chaumont, this moored boat-bar aims to bring the spirit of La Camargue in Southern France to the banks of the Seine, combining popular DJ nights and football tables with good wines, wood-oven pizzas and tapas style meals: think very good mini quiche-Lorraine, fresh baguette, cured hams, queso de manchego and quince paste…a large spread of which, to share, will come in at around 15euros.  Paris in springtime, sorted.

Welcome to The Musical Foodie!  If you want to know all about the latest music, food and culture news from the UK and beyond, this is the place to be...