It’s December, it’s cold and everyone seems to be either broke or in bed with the flu.

Fear not, we have a remedy! If you’re longing for the return of summer, but can’t exactly afford a beach holiday right now, it’s time to listen to Don Patricio.

Who is this man, I hear you ask? Well, he’s basically Spain’s answer to Jimothy Lacoste.

Think eccentric rapper vibes meets reggaetón ritmo, plus a lot of papaya motifs, and you’re on the right track. 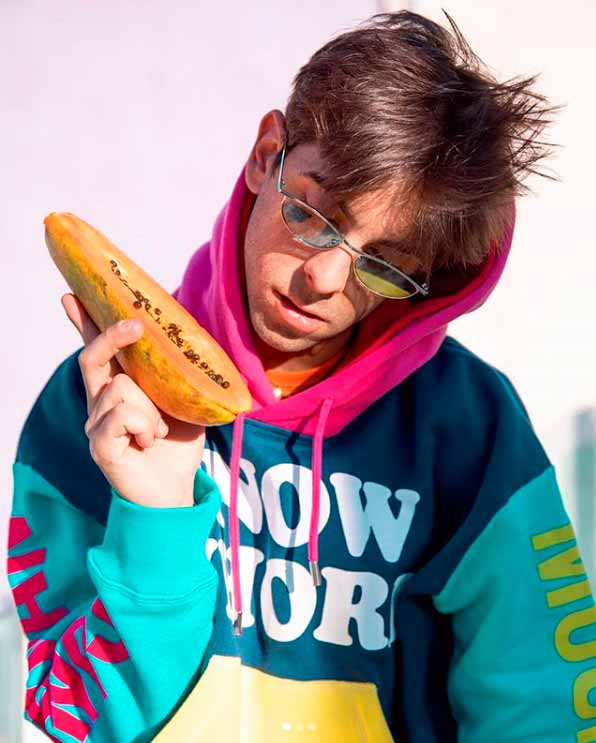 Don Patricio hails from the idyllic Santa Cruz de Tenerife and proudly uses the distinct accent and slang of the Canary Islands in his work. This past year, he released his debut album, La Dura Vida del Joven Rapero (The Hard Life of a Young Rapper) and had one of the biggest songs of the summer in the Latin music scene with the ridiculously catchy Contando Lunares (Counting Moles – yes, that one sounds better in Spanish).

His quirky delivery fits into a new-wave of musicians in Spain, including mega-star Rosalía, dancehall-inspired Bad Gyal and madrileño rapper C. Tangana, who are breaking old rules by fusing the urban with the traditional.

He’s not going to be the new Nas, but Don Patricio gets close to a ‘flow criminal’ on his latest track Benicàssim – Summer Series 2, whilst the tongue-in-cheek La Papaya is an irresistible offering of tropical pop.

In essence, Don Patricio is the artist you need for escapist Hispanic vibes this winter – ideal for making your next Christmas party feel that bit more Ibiza🎄

Welcome to The Musical Foodie!  If you want to know all about the latest music, food and culture news from the UK and beyond, this is the place to be...